Why SSRIs Cause Weight Gain What to Expect

If you’re like many people, you may be wondering if the SSRI you’re taking for your depression, anxiety, or another condition is causing you to gain weight.  While weight gain is a possible side effect … 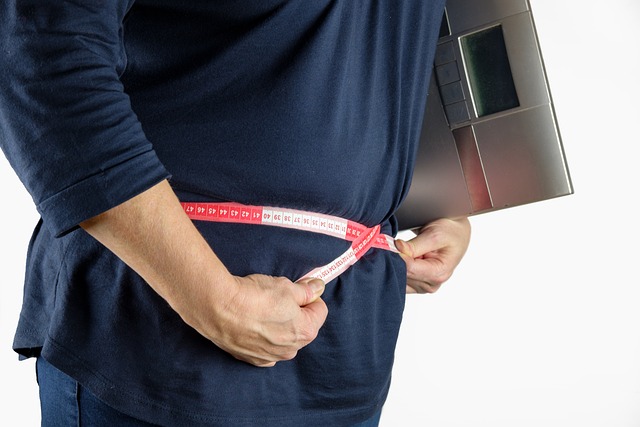 If you’re like many people, you may be wondering if the SSRI you’re taking for your depression, anxiety, or another condition is causing you to gain weight.

While weight gain is a possible side effect of these medications, it’s important to remember that everyone responds to them differently.

So, exactly why SSRIs cause weight gain? Tag along to find out.

SSRIs and Weight Gain − The Connection

Selective serotonin reuptake inhibitors (SSRIs) are a class of antidepressants that are commonly prescribed to treat conditions like anxiety and depression.

SSRIs work by increasing levels of serotonin in the brain, which can improve mood and alleviate symptoms of mental illness.

While SSRIs are generally considered safe and effective, they can cause a number of side effects, including weight gain. In fact, weight gain is one of the most commonly reported side effects of SSRIs.

There are a number of reasons why SSRIs may cause weight gain. One possibility is that the increased levels of serotonin caused by SSRIs can lead to cravings for carbohydrates, which can lead to weight gain.

Additionally, SSRIs can cause increased appetite, which can also contribute to weight gain.

It’s also possible that SSRIs may cause weight gain by affecting the way the body stores and uses energy.

For example, one study found that people who took SSRIs gained more weight around their midsections, which is where the body is most likely to store excess fat.

If you do start to gain weight while taking an SSRI, there are a few things you can do to try to manage the weight gain. First, try to eat a healthy diet and exercise regularly. Additionally, you can talk to your doctor about changing your medication or dosage.

Types of SSRIs that Can Cause Weight Gain

There are a variety of SSRIs that can cause weight gain. While weight gain is a possible side effect of all of these medications, it is more common with certain SSRIs.

How These SSRIs Cause Weight Gain

Well, the actual mechanism of how SSRIs affect weight is still vague. Researchers have some theories based on scientific facts and studies carried out on people.

So, here are the known mechanism of how the above-mentioned SSRIs helps with gaining weight −

While the exact mechanism by which citalopram causes weight gain is not fully understood. However, it is thought to be related to its effects on serotonin, a neurotransmitter that plays a role in appetite and satiety.

Serotonin is thought to inhibit the activity of hunger-stimulating hormones like ghrelin. Thus, when its levels are increased, as they are with citalopram use, appetite can increase, and weight gain can occur.

One theory is that the drug increases appetite. This is supported by the fact that many people who take sertraline report feeling hungrier than they did before starting the medication.

It is also possible that sertraline alters metabolism, making it more difficult for the body to burn fat.

This would explain why some people who take the medication find it difficult to lose weight, even if they eat less than before starting sertraline.

The potential side effect of trazodone is weight gain. This is because trazodone increases appetite and can cause people to feel more sedated, leading to overeating.

In addition, trazodone can cause changes in metabolism, which can also contribute to weight gain.

What Can You Do to Prevent SSRIs Weight Gain?

There are a few things that you can do to prevent weight gain on SSRIs.

First, it is important to be aware of the potential for weight gain and to monitor your weight closely when starting an SSRI.

Aside from monitoring your weight, you can also try to adopt lifestyle modifications to avoid weight gain.

A nutritious diet and regular exercise can assist you in maintaining a healthy weight.

Weight gain can be a difficult side effect of SSRIs, but it’s important to remember that the benefits of these medications often outweigh the risks.

However, if you think you’re gaining weight because of any SSRIs you’re taking, talk to your doctor about your options.

Ryan Medison Phd is an ABMS board certified urologist specializing in reproductive urology whose areas of expertise are men’s health and male infertility. He is also an associate professor of urology at the Institute in Berkeley, California, the director of male reproductive medicine and surgery at UNC Fertility
More from this author

How to Deal With Premature Ejaculation in a Relationship?