By: J. Joseph Speidel, Cynthia C. Harper, and Wayne C. Shields The problem The 80 million unintended pregnancies that occur worldwide each year (38% of all pregnancies) can justifiably be deemed an “epidemic.” These pregnancies … 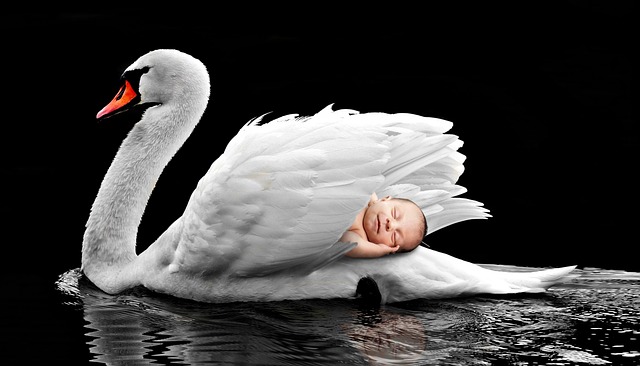 Among developed countries, the US record of family planning is uniquely deficient. Of 6.1 million pregnancies in 2001, half were unintended (as were more than 80% of the 800,000 annual teen pregnancies), resulting in 1.3 million abortions, 4 million births (of which one-third were unintended) and 800,000 miscarriages.3

As Frost et al.4 noted in a recent study published by the Guttmacher Institute: “Unintended pregnancy can force women and their families to confront difficult abortion decisions or the potentially negative consequences associated with unplanned childbearing—including child health and development issues, relationship instability, and compromises in education and employment that may exacerbate ongoing poverty.” This same study attributes 52% of unintended pregnancies in the USA to nonuse of contraception, 43% to inconsistent or incorrect use, and only 5% to method failure.4

Leading causes of unintended pregnancy are closely related to contraceptive method choice. In 2002, more than half of contraceptive users relied on methods with high failure rates under typical use: 31% used the pill, 18% the male condom and 5% the 3-month injectable.5 While with perfect use these methods are highly effective, 9% of pill users, 17% of condom users and 5% of injectable users will become pregnant during the first year of typical use.5,6 To make matters worse, about half of condom and injectable contraception users — and almost one-third of pill users — will discontinue within a year.6

Long-acting reversible contraception (LARC) methods, including intrauterine contraceptives and implants, have a proven record of very high effectiveness, many years of effectiveness, convenience, cost effectiveness, suitability for a wide variety of women and, in general, high user satisfaction.7,8,9,10,11,12,13,14 With typical use, the first year failure rate of the copper T 380A (ParaGard®) is 1%, the LNG-IUS (Mirena®) is 0.1% and the implant available in the USA (Implanon®) is 0.1%5. One-year continuation rates are also markedly superior to short-acting reversible contraceptives being 78% for the copper T 380A, 80% for the LNG IUS and 84% for Implanon®.6

Figures can be deceiving: while the IUC is used worldwide by 14% of women who are married or in some type of committed relationship, this number is skewed as more than half of the 150 million women in the world using an IUC are in China. A more accurate picture emerges when focusing on regional data: the percentage of women using IUC who are married or in union is 7% in Latin America, 6% in Asia (excluding China) and just 1% in Africa.7 Use in developing countries is only 6% when China is excluded. There are notable exceptions to this global pattern. IUC has been used extensively in a small number of countries, including Uzbekistan (50%), China (40%), Egypt (37%), Vietnam (36%), Cuba (35%), Tunisia (28%), Jordan (24%), Turkey (20%), France (17%) and Mexico (14%)7. Recent events also bode well for increased utilization of LARC worldwide, such as the liberalization of World Health Organization (WHO) medical eligibility criteria for IUC use8,9 and the introduction of Implanon® in the USA.

Unfortunately, outdated perceptions about appropriate patient candidates for LARC among health care providers continue to negatively impact their use. An emerging body of research has disproved a number of contraindications to IUC use. Specifically, women of any age or parity and those who are postpartum or post first or second trimester abortion are eligible for IUC. The benefits of IUC also outweigh the risks of a wide variety of medical conditions that might contraindicate the use of combined hormonal contraceptives.8,9,11,12,14,15,16,17,18

The issue of increased risk or greater severity of infection among IUC users has been a prominent concern. However, the rate of pelvic inflammatory disease (PID) in IUC users is low, with cases concentrated in the first 20 days after insertion.19,20

Shelton21 has developed a mathematical model that estimates the risk of PID attributable to IUC. For example, in a client population with a 10% prevalence of STI and no STI screening before insertion, the risk of PID attributable to the IUC would be 0.3% and about half that if clients were screened using a risk-assessment protocol. WHO guidelines allow for use of IUC by those with HIV; however, women with AIDS should be monitored for pelvic infection.8,9

Barriers to increased use of LARC

Use of LARC in both the USA and worldwide will not reach its full potential until a number of barriers are addressed:

Past experience with the successful introduction of new contraceptives, or reintroduction in the case of the IUC, provides guidance to improve provision and use. Recommended activities include the following:

There are many examples of successful introduction of LARC around the world. With adoption of better family planning policies, effective health professional training programs and commitment of the needed resources, these success stories can be replicated on a large scale in an increasing number of countries.

You can read more here

How To Increase Semen Volume Naturally

How To Increase Semen Volume Naturally And The 100% Easy Way