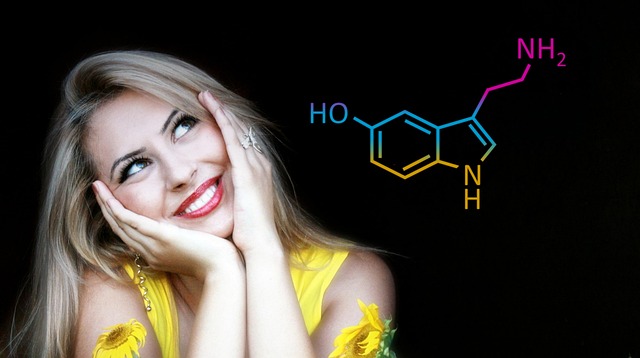 The past several years have seen a steady drumbeat of news reports, blog posts, and scientific studies which have raised concerns about the presence of estrogenic compounds (natural estrogens and synthetic chemicals that mimic natural estrogen) in waterways and drinking water, and potential harm to human health or aquatic life.1, 2, 3 Frequently, one particular synthetic estrogen has been singled out for purportedly detrimental effects on the environment: ethynyl-estradiol, or EE2, a synthetic estrogen used in birth control pills, patches, rings, and injectables. Journalists from along the political spectrum and anti-contraception advocates alike have seized on the idea of the-Pill-as-environmental-pollutant, and it has been difficult to separate environmental health concern from sensational coverage or politically motivated rhetoric.

At the same time, anecdotal evidence suggests environmental footprint or “greenness” is increasingly one of the factors that many women consider in choosing among birth control methods, along with effectiveness, safety, convenience, cost, and acceptability.4, 5, 6 This raises the possibility that reports about the environmental impact of hormonal contraception could influence a woman’s choice of this method, and underscores the need to understand the current science and provide women with unbiased information that allows them to make informed choices.

The effect of estrogenic compounds in the water supply from industry, agriculture, and other sources raises concerns about human health and deserves scrutiny. Estrogenic compounds are part of a larger category of chemicals known as endocrine-disruptors (EDCs), chemicals that can alter the hormonal and homeostatic systems enabling an organism—like a human being or other animal—to communicate with and respond to its environment.7 Given the demonstrated effects of EDCs on human reproductive health, it is important to examine the role played by EE2 in contributing to the presence of estrogenic compounds in our water.7 The good news is this: contrary to what has been stated or implied by media reports and anti-contraception advocates, synthetic estrogen from birth control pills is not the sole or primary source of endocrine-disrupting chemicals in water.8 New findings from researchers at the University of California San Francisco (UCSF) Program on Reproductive Health and the Environment (PRHE) help explain why—and suggest a role for providers and women’s health advocates in educating and empowering women to make informed choices about using contraception and limiting their exposures to harmful chemicals.

In the United States alone, 13 million women use hormonal contraception to protect their health and prevent unwanted pregnancy.9 Birth control pills are one of the best-studied medications available, with over 50 years of data backing up their safety and effectiveness.10 Despite this, myths and misperceptions about birth control are prevalent, and young people in particular underestimate the effectiveness and overestimate the side effects associated with contraception.11 Furthermore, as long as hormonal contraception has been available, it has had detractors, some of whom contribute to the prevalence of these myths by actively spreading misinformation about birth control. For example, the American Life League has claimed that birth control pills “kill women” and “can also cause cancer, pelvic inflammatory disease, depression and much more,” grossly mischaracterizing the risks of birth control.12 In fact, a 2010 study found that users of oral contraception had a significantly lower rate of death from any cause, and lower rates of death from all cancers compared with women of similar age not using oral contraceptives.13

In recent years, a number of conservative individuals and groups with a record of opposing contraception have pointed to reports about birth control in water to bolster the position that birth control is harmful. In 2009, a Vatican spokesperson released a statement saying that the Pill’s “devastating effects on the environment” are “in part responsible for male infertility”.14 A little over a year later, the American Life League staged protests at women’s health clinics organized around the slogan “the Pill kills the environment”.15 Conservative environmental analyst Iain Murray,16, 17 who has criticized climate change science, restrictions on DDT, and expansion of EPA regulations, wrote about “the Pill as pollutant” and criticized left-leaning environmental organizations for ignoring birth control’s impact on the environment—attributing their silence to allegiance with women’s health advocates.

Separating myths from facts about contraception can be difficult, especially given the complex and sometimes contradictory nature of the scientific evidence. Unfortunately, groups like the American Life League often fail to account for the many sources of estrogenic compounds in our drinking water (like industry and agriculture) and rarely acknowledge the substantial benefits birth control confers on women and communities.

Sources of estrogenic compounds in water

A literature review published in Environmental Science and Technology by researchers at the UCSF PRHE debunks the myth that birth control pills (and other estrogen-based hormonal contraceptives) are a major contributor to the presence of estrogenic compounds in waterways. The reviewers conclude that birth control pills contribute a negligible amount of synthetic estrogen to waterways, and EE2 is minimal or nonexistent in drinking water.8 The notion of unsuspecting Americans drinking water filled with birth control hormones may get headlines—but it does not accurately describe the state of the science.

The UCSF review cites several other sources of endocrine-disrupting compounds in our water, including synthetic estrogens in crop fertilizer (e.g., Atrazine), synthetic and natural estrogens from livestock, including dairy cows, which can be fed hormones to increase milk production, and an unknown number of industrial chemicals, like plastic additive bisphenol-A (BPA). Industrial chemicals may enter waterways either through chemical plant runoff or the disposal of products in landfills (Fig 1). Chemicals in pharmaceuticals such as anti-seizure medications and anti-depressants may also mimic estrogen.18 Furthermore, women using birth control are not the only ones flushing estrogen down the drain. Pregnant women excrete high levels of natural estrogens, and nearly everyone (both women and men) produce some amount of natural estrogens also released into wastewater.8

Fig. 1. Points of entry of endocrine-disrupting compounds into the water supply.8

While EE2 is more chemically potent than other estrogenic compounds, the amount of EE2 consumed by women using oral contraceptive is significantly less than the other sources described above. As an example, the volume of veterinary estrogens given to livestock each year in the US is five times the volume of EE2 consumed by women who use hormonal birth control methods.8

Providers have a key role to play in helping patients navigate these complex issues. As an influential source of information about contraceptive methods, providers are well-positioned to educate women about the impact of contraception on the environment—in this case, sharing the good news that the birth control pill is not the primary source of estrogenic compounds in our water supply. In addition, as women become more aware of the threats to fertility, sexual health, and birth outcomes posed by toxic chemicals in everyday products, they may seek information from providers about how to reduce exposure, particularly for women who are pregnant or trying to conceive. Providers can access excellent tools to help patients make informed decisions about limiting their exposures to potentially harmful substances.19, 21, 22

While a review of the existing research makes it clear that steroid contraception is not primarily to blame for the concerning levels of estrogenic compounds in water, there is clearly a role for women’s health providers and advocates in addressing the larger problem. We know that EDCs have been linked to early puberty, infertility, and developmental defects, and that toxic chemicals are nearly ubiquitous in Americans’ bodies, including pregnant women.23, 24 The weight of the evidence strongly suggests that reducing exposure to EDCs is critical to protecting reproductive health.25

Fortunately, there are several common-sense steps we can take to begin to reduce exposures to chemicals in the environment. First, we need improvements in water treatment to limit the presence of all chemicals and medications in water. We also need more research to better understand and assess the risks and harms of chemicals in our environment, including pharmaceuticals. Finally, we need to explore a variety of solutions to prevent synthetic estrogens from entering wastewater in the first place, including investments in green chemistry and green pharmaceuticals, regulation of agricultural runoff, and chemical policy reform to keep toxic chemicals out of our bodies and our environment. Several reproductive health groups, including the Association of Reproductive Health Professionals and Reproductive Health Technologies Project have joined a national effort to modernize chemical policies and improve human health.26

At the end of the day, we must not allow politics to trump science. Because contraception helps women protect their health and determine the number and spacing of their children, the use of any safe and effective contraceptive method is ultimately good for women, their families, and the environment. In addition, we now know that birth control pills and other hormonal contraceptive methods are not the primary reason for estrogenic compounds to be placed in our environment. Nevertheless, exposure to toxic chemicals in the environment can harm reproductive health, and reproductive health advocates should work alongside environmental health advocates to reduce exposures to toxic chemicals. Together, we should educate and empower women to make informed choices about their reproductive health, and reaffirm our shared values: healthy women, healthy families, and a healthy environment.

How to Use Garlic to Cure Premature Ejaculation

Alpha Serexin Review- Can it Give You Better Erections, Libido