In the spring of 1993, tens of thousands of US medical students received an offensive pamphlet in their mailboxes with the following “joke”: “Q: What would you do if you were in a room with Hitler, Mussolini and an abortionist and you had a gun with only two bullets? A: Shoot the abortionist twice.” Ironically, this mailing was the single most influential factor leading to the creation of Medical Students for Choice (MSFC). At the time, there were few residencies training their residents to provide abortions and even fever medical schools educating their students on comprehensive women’s reproductive health care.1, 2 Additionally, abortion providers were on the decline, and fewer women had access to comprehensive reproductive health care.3

The group was founded in 1993 as a solution to the dramatic decline in the number of abortion providers. Seventeen years later, MSFC has grown to be an international organization with more than 10,000 members in seven countries. MSFC is a strong presence at most medical schools in the United States and Canada and, in recent years, has begun to support medical students organizing around abortion education at schools in the UK, Ireland, Israel, the Dominican Republic, and Lebanon. The expansion of medical student interest in learning about abortion and family planning worldwide demonstrated by these new chapters is a growing strategic priority for MSFC.

Throughout the years, the organization has used grassroots and community organizing strategies to influence change from within the medical education establishment, helping to create not only programmatic changes on individual campuses but cultural ones as well. MSFC currently supports students on 139 medical school campuses, primarily in the United States and Canada, all working to educate their fellow students and add abortion and family planning content to their school’s formal curriculum. The focus is on supporting educational change that will build medical students’ intention to provide abortion in their future practice or be supportive pro-choice allies in the medical field.

Research has demonstrated through that intention to provide abortion prior to entering an ob-gyn residency is the strongest predictor of future abortion provision.4 MSFC specifically builds medical student’s intention to provide abortion by providing education and family planning through annual and regional conferences and by funding opportunities for medical students to learn about abortion and family planning in facilities that provide abortion care. Additionally, MSFC provides financial support, guidance and professional connections for students working to make educational changes on their campus for the benefit of their colleagues and future physicians.

Although there is a continued decline in the number of abortion providers in the US, fewer providers in rural areas, and more abortions occurring in clinics, we have also seen MSFC alumni filling the gaps and answering the call from women around the country seeking comprehensive reproductive health care.3 In a recent survey of MSFC relatively young alumni contingency, over 50% have entered into ob-gyn and family medicine training, and approximately 31% are providing abortion care in their practice.5 Forty-nine percent are providing abortions in primary care settings, and 47% are providing these services in hospitals. A growing number are family planning specialists in university faculty positions. Additionally, those who were identified as abortion providers are located all over the country, providing services in more than 30 cities in the United States including16% in rural communities. More than half of MSFC alumni are providing abortions between 20 and 24 weeks’ gestational age, including an internal medicine physician. Of the alumni who are not in the ob-gyn and family medicine field, they have identified themselves as pro-choice pediatricians, pathologists, internal medicine and emergency medicine physicians. Many of MSFC alumni credit MSFC for their introduction or further understanding of what constitutes comprehensive women’s health care, helping to foster the intention to provide or the importance of becoming powerful pro-choice advocates. At MSFC annual and regional meetings, consistently 68%–73% of medical student participants indicate an intention to provide abortion care in their careers.6 These data are exciting and encouraging, and it is planned to follow MSFC members from students to alumni to determine if the mission of MSFC is being fulfilled, specifically analyzing if intention to provide actually manifests into becoming an abortion provider.

Assessments of MSFC’s programs demonstrate an even broader impact. One MSFC member who graduated from medical school in 2003 said it best:

I can’t begin to describe all of the ways that MSFC has enriched my life, both professionally and personally…. MSFC has provided me with more than just medical knowledge and hands-on skills. It has also given me confidence, strong negotiating skills, and the sense that I am part of a larger cause full of amazing colleagues who share my beliefs and will support me every step of the way. (Ob-gyn in the rural Pacific Northwest)

Alumni currently in residency training who participated in the 2009 MSFC Alumni Survey provide a clear picture of the wide-ranging impact MSFC involvement had on them:

Without my involvement, I probably would have assumed that “someone else” would provide abortions if I didn’t receive appropriate training. I will be an abortion provider because of MSFC! (Ob-gyn resident, Florida)

Among MSFC medical student activists today, reports from the grassroots show that campus groups average four events per semester and students at 70 medical schools are currently engaged in advocating changes in their curriculum.7 Additionally, most current MSFC members are also benefiting from curriculum changes made by earlier groups on their campus. At The George Washington University, the 1 hour abortion lecture that is available in the second year and the case study dedicated to abortion and pregnancy options counseling would not exist without the determined efforts of earlier MSFC members. Curriculum changes made by MSFC chapters over the year have affected at least 100 medical schools and range from the addition of medication abortion lectures in the required pharmacology course to opportunities to earn educational credit through observational opportunities in abortion-providing facilities.7

Today’s MSFC members also have one major benefit that their predecessors did not have: many former MSFC members are now in faculty positions in universities across the United States and increasingly around the globe. Because of the alumni’s leadership positions, there are more active and enthusiastic mentors to support MSFC members on their paths to creating a more comprehensive curriculum and to educating their colleagues about the importance of providing abortion and/or supporting access to abortion.

MSFC’s program research is structured to clearly demonstrate each program’s effectiveness toward increasing medical students’ intention to provide abortions in their future practice through preprogram and postprogram surveys. MSFC also measures changes in knowledge about abortion and ranges of attitudes toward abortion that may occur as a result of participation in our programs. The impact of the Reproductive Health Externship (RHE) program and the MSFC Annual Meeting has been particularly positive.8, 9

Every year, the MSFC Annual Meeting provides between 350 and 500 medical students an opportunity to learn about abortion techniques and family planning issues that are not typically covered in their medical school curricula. Analysis of premeeting and postmeeting surveys has consistently shown a strong increase in students’ intention to provide abortion in their future practice (61% increased to 75%) as well as increases in students’ knowledge of abortion and supportiveness toward patients’ choices.8

The RHE experience also has shown a consistently positive effect on students’ intention to provide abortion (82% increased to 89%). Typically a 3- to 4-week, full-time experience in an abortion clinic, the RHE provides medical students with an opportunity to experience family planning, to work alongside the staff and doctors and to gain greater understanding of the women seeking abortion care. As with the MSFC Annual Meeting, students’ supportiveness toward women’s reasons for abortions also increases substantially as a result of the program.9

MSFC is creating a new generation of abortion providers while simultaneously creating an increasingly global community of physicians in all specialties who are supportive of their colleagues who provide abortion care. Responding to the Alumni Survey,3 many of MSFC’s alumni who did not provide abortions talked about the other ways they make contributions to abortion access as medical professionals:

I am viewed as the…anesthesiologist who will always step in and provide care for the patient undergoing an abortion.” (Anesthesiologist, CA)

My employer, a Catholic hospital network, bans abortion care. However, I … discuss all options with my patients (behind closed doors) and have helped those who desire abortions find the safest, best care in our area. (Family practitioner, Midwest)

Since its inception 17 years ago, MSFC has continued to be the only organization that creates future abortion providers by working directly with medical students on a grassroots level. The impact of this organization is powerful and continues to expand. MSFC is now a presence on 70% of US medical school campuses, over 80% of Canadian medical school campuses, and on campuses in a growing number of other countries. Since 2008, medical students in six countries outside the United States and Canada have reached out to MSFC requesting organizing and curriculum change support. Two years later, MSFC chapters have been established in four of those countries. As an organization and as a growing community of pro-choice medical students and residents, MSFC fills a critical niche in the movement to increase access to safe and legal abortion for all women everywhere.

MSFC’s mission is to create abortion providers of tomorrow and to promote grassroots efforts to help change the curriculum on individual campuses to include abortion and contraception education. We have witnessed the positive impact MSFC has had on the reproductive field and the desire for medical students to want to provide abortions in the future; however, we continue to need the help of our community to fulfill MSFC mission. Here are four ways to help create change in your institution or organization:

Contact MSFC at www.medicalstudentsforchoice.org for assistance in implementing any of these and other potentially impactful activities and for a useful compendium of resources. Together, we can work to create comprehensive, pro-choice, women’s health care providers of tomorrow in the United States and around the world. Remember, without providers, there is no choice. 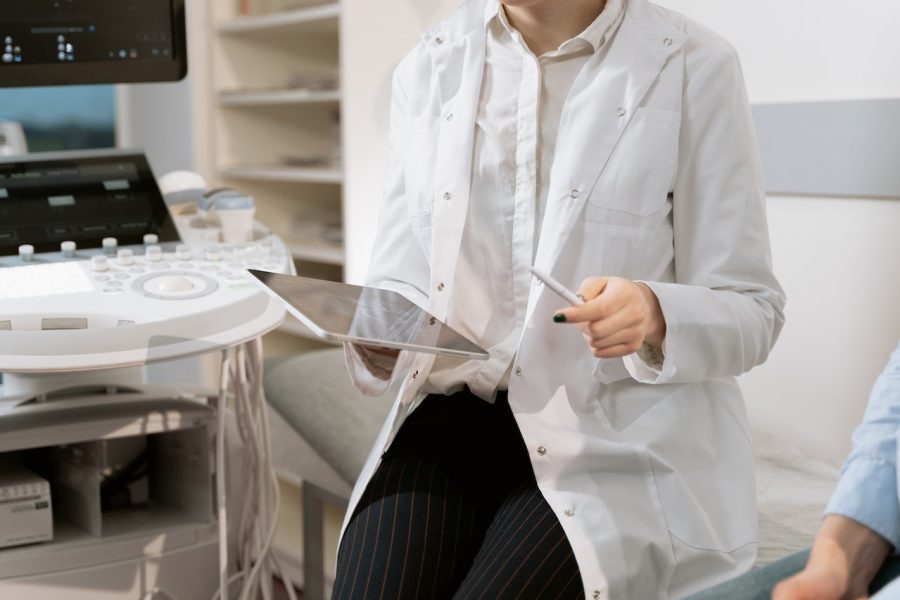