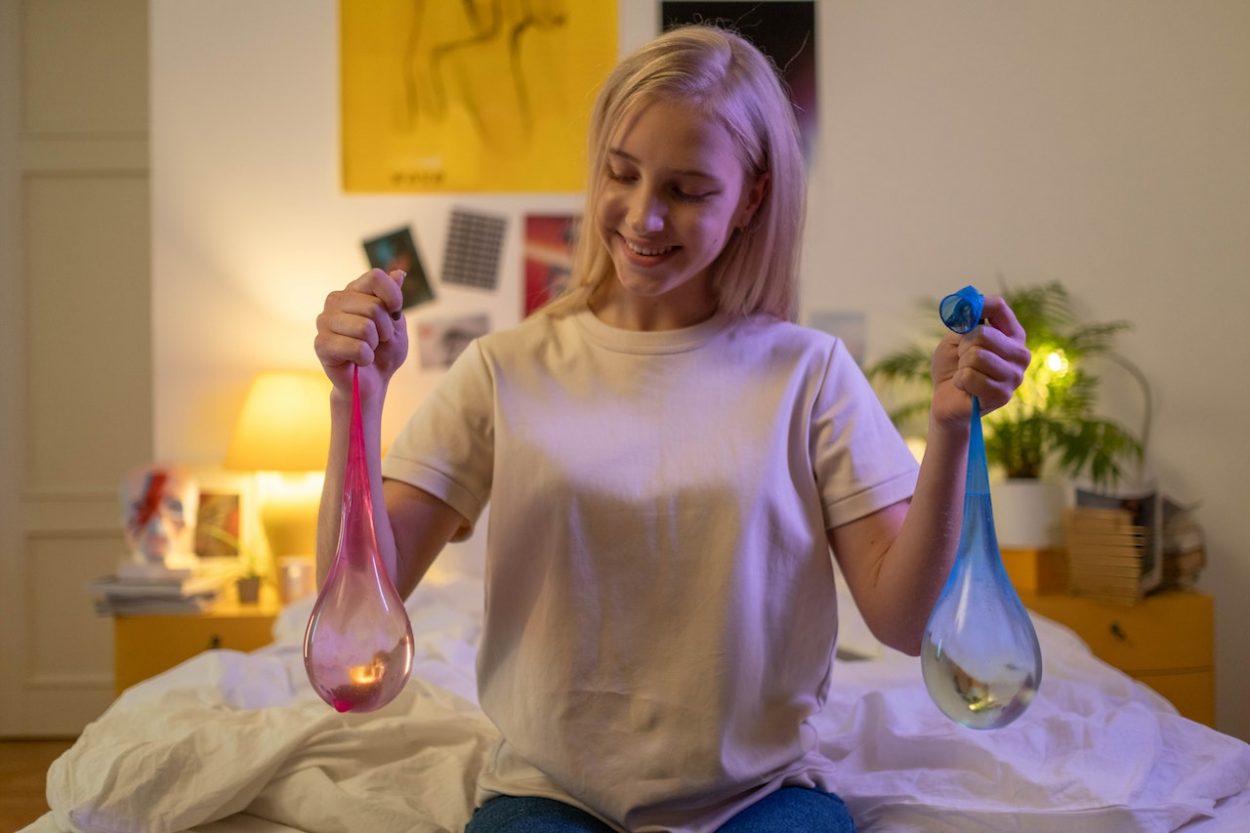 The female condom (FC) is a polyurethane (FC1®) or nitrile (FC2®) sheath with a closed flexible ring on one end and an open-ended ring on the other. FCs are coated inside and outside with a silicone-based lubricant. During ejaculation, the condom catches semen to prevent it from entering the vagina and cervix. FCs can be purchased at pharmacies.